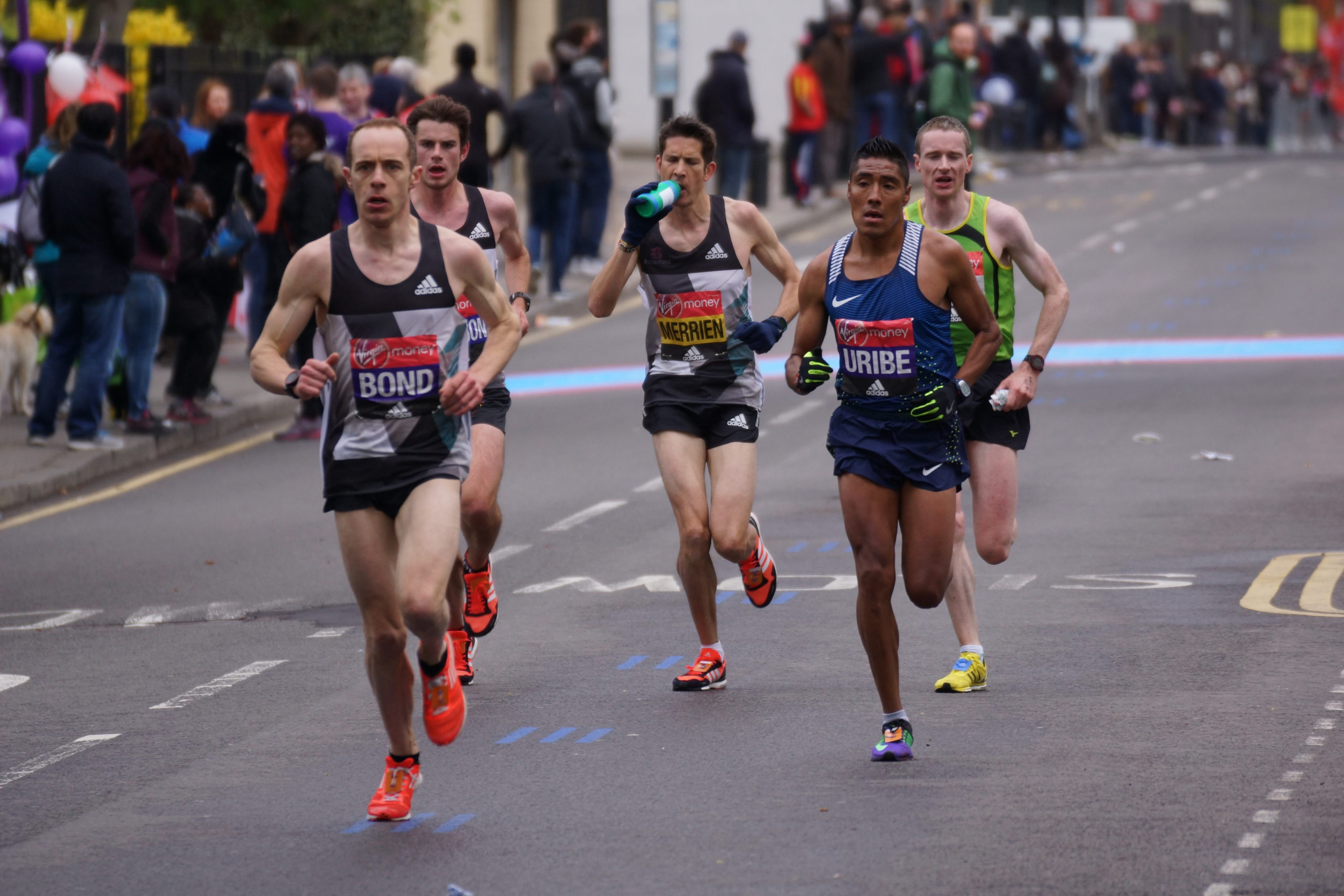 The London Marathon 2021 is going ahead on October 3rd, and we’ve got the most important information you need. That’s right – it’s the best pubs to drink in along the London Marathon route!Whether you’re an avid Marathon spectator, a supporter of a runner, or a runner yourself looking to line up the best spot for your post-race, ahem, refreshment, these are the finest drinking spots along the way. It's not quite like finding the best pub to watch the Euros 2020, where you can be pretty much anywhere. The best London Marathon pubs are on the route of the Marathon itself!Maybe you want a single spot to spend the day, allowing you to chill out and watch the action go by when it reaches you. Or perhaps you want to go to a few venues on the trot, going on your own mini London Marathon pub crawl to mark the occasion. Either way, the ten pubs on this list are for our money some of the best you can visit.While different venues will have different policies for securing a spot, it’s not exactly controversial to say that the London Marathon is an extremely busy time, and booking a spot is definitely encouraged if possible, so you can make sure you can relax and enjoy the day.We’ve arranged our list roughly in order of where they appear on the Marathon route. This means we start in Charlton, proceed through Greenwich and into Rotherhithe, then cross Tower Bridge to loop around Limehouse. From there we pass Tower Bridge again as we head up towards Monument, and finally end up near the finish line in Westminster.

The best London Marathon pubs: where to eat, drink and spectate

A hugely welcoming pub in Charlton Village, The Bugle Horn is an ideal place to start and a great location for cheering at the beginning of the race. With plenty of beers on tap and lots of outdoor space, it’s a tremendously relaxing spot, and there are plenty of sports TVs around if you want to linger once the race is underway. It’s okay to admit you prefer to enjoy the London Marathon from a sunny pub garden. We’re here for you, and we understand.6 The Village, SE7 8UG | buglehornpub.com

A riverside institution, the Cutty Sark Tavern is a wonderful spot to mark in the early stages of the race as it passes through picturesque Greenwich. This long-standing pub puts on a seriously tasty menu of seasonal dishes made with British produce, including many pub classics crafted with a twist. There’s quite a cocktail list too, in case you fancy toasting the runners with an Aperol spritz, or perhaps a negroni made with Monkey 47 gin. Salut!4-6 Ballast Quay, SE10 9PD | cuttysarkse10.co.uk

Between Greenwich and Bermondsey, the race passes through Rotherhithe and the Surrey Quays area. One of the friendliest and most popular pubs in the area is The Ship, a lovely local with a beautiful beer garden. It’s a little off the beaten track, and makes for a perfect pit stop, with plentiful beers on tap and a food menu replete with pub classics. The fish and chips in particular is a popular treat, but you’re in safe enough hands that any dish will be a delicious way to refuel for a hard afternoon’s cheering, spectating and sinking pints. Hey, it’s a tough job, but we believe in you.39/47 St. Marychurch Street, SE16 4JE | rampubcompany.co.uk/visit-pubs/the-ship-rotherhithe

Once the race passes through Bermondsey, runners prepare to cross Tower Bridge. Just before they do, they pass The King’s Arms at Tooley Street, a belter of a pub with loads of space, loads of beer and loads of good food. Whether you want to tuck into a full rack of baby back ribs, or get up to your elbows in a home-made pie, there are dishes to tantalise, and it’s all ready to be washed down with a fine selection of beers. Be warned – if you find a good table, you’ll be very reluctant to leave!251 Tooley Street, SE1 2JX | thekingsarmstooley.com

Not only one of the best pubs on the London Marathon route, The Grapes is arguably one of the best pubs in London. Owned in part by the great actor Sir Ian McKellen, this pub has a traditional feel inside while also serving up some pleasingly modern dishes. There’s plenty of seafood on the menu, and loads of wines and beers to sit and sip as the Marathon runs on through Limehouse. The Grapes has been a pub since 1583, so there’s a sense of immersing yourself in history as you sink into one of its comfortable chairs.76 Narrow Street, E14 8BP | thegrapes.co.uk

Just because the big race is on, that doesn’t mean you should have to forgo sampling your favourite craft beers! The Craft Beer Co. has an outpost in Limehouse that makes for one of the best London Marathon pubs for serious beer drinkers. With pale ales, blonde beers, pilsners, lagers, stouts, porters, IPAs, sours and… well, we could go on, but suffice to say, The Craft Beer Co. is one of the best places to go for a beer of any sort. When you get hungry, order one of the manu delicious dishes available from the in-house Thai kitchen.576 Commercial Road, E14 7JD | thecraftbeerco.com/limehouse

Once the route has completed its Limehouse loop it passes Tower Bridge again, which means it’s time to find a good pub on Tower Hill. We’d recommend The Hung, Drawn & Quartered, which has a lot more going for it than one of the best pub names in London! As a Fuller’s pub, it always has plenty of real ales on tap, and a few vintage brews available in bottles for the discerning drinker. In terms of food, the pies are the star of the show. Could there be anything better than watching the race go by while tucking into a traditional East End meat pie? We don’t think so!26-27 Great Tower Street, EC3R 5AQ | hung-drawn-and-quartered.co.uk

We’re fully in the home stretch now! Almost in the shadow of the Palace of Westminster, we have Tattershall Castle. This popular watering hole sits between Westminster and Embankment tube stations, and is on the river – literally on it. That’s right, it’s a floating pub, and what better a setting could you ask for than relaxing on the deck with a pint and a plate of grilled hake as the runners dig into their energy reserves for the final stretch. If you can find a word of encouragement to shout between forkfuls of delicious mashed potato and butter, we’re sure they’d appreciate it!Victoria Embankment, SW1A 2HR | thetattershallcastle.co.uk

And finally, a pub in the heart of Westminster. St Stephen’s Tavern may spend most of its days as a haunt for politicoes and their hangers-on, but on London Marathon day it’s a spot that’s beautifully close to the finish line. It’s got plenty of outdoor seating, which may be ideal if you’re taking a freshly finished runner for their recuperative beer. Burgers are on the menu too, so you can relax in the post-race glow (or at least, next to someone enjoying a post-race glow) and let the evening unfold.10 Bridge Street, SW1A 2JR | ststephenstavern.co.ukHankering to visit your favourite pub, or find somewhere new? 24social is the best and easiest way to find you the perfect place to have a great day or night out! We are constantly looking out for the best bars, pubs, restaurants and clubs near you whether you're looking for a rooftop hotspot, a cosy jazz bar or the world’s best cocktails.Subscribe to our monthly twilight newsletter to be the first to hear about offers and exciting places around the biggest cities in the UK.