Best new bar openings in 2021 you must visit 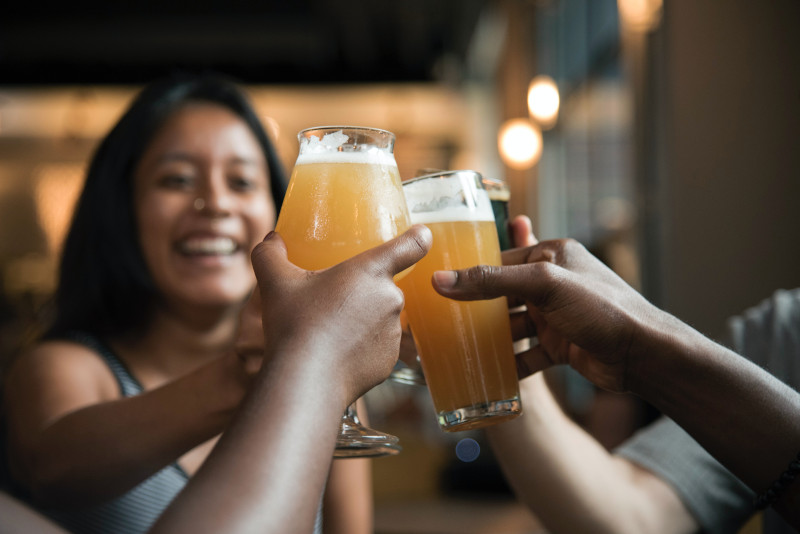 The idea of bar openings in 2021 may sound like a bit of a fairy tale right now. But with hope on the horizon for an end to the coronavirus pandemic, many venues are gearing up to open or reopen their doors once restrictions end and some semblance of normal life returns.We don’t know about you, but we’re massively excited. And so we’ve scoured the internet for the best bar openings in 2021 all across the UK. If you’re already planning your first big night out post-lockdown, then these are the places you’re going to want to bookmark.Some of the venues we’ve listed here have briefly opened already, while others are set to make their debut later in the year. Some are also offering delivery or takeaway services while waiting for things to open up, so make sure you check them out in the meantime. You can also check out our run-downs of the best cocktail bars in Shoreditch if you’re planning your first big night in the capital.So, without further ado, let’s get started!

The crispy fried chicken burgers at 21st Amendment.[/caption]Where is it? Liverpool.What is it? A speakeasy-style bar that opened in Liverpool shortly before the city went into Tier 3 restrictions. 21st Amendment is named for America’s 21st constitutional amendment that enacted Prohibition back in the 1930s – so it’s got that 1920s theme down pat!The team has been hard at work refurbishing the venue in preparation for reopening. The décor is vintage, the food is plentiful and the drinks list is extensive. It’s stuffed with classic cocktails, like the French 75. If you fancy a bite to eat, you’ve got plenty of pub classics to choose from, as well as American dishes like crispy buttermilk chicken. Some of this is also available for takeaway if you can’t wait until reopening, so make sure you head on down to sample some!Follow 21st Amendment on Instagram.

A glimpse of the rooftop view soon coming to Newcastle.[/caption]Where is it? Newcastle.What is it? A new rooftop bar opening on top of Newcastle’s Vermont Hotel, also known as The Crescendo. It offers dazzling views of the city in all directions. The owners are designing the bar as an adaptable venue that’ll be hireable for private parties and events.To whet your appetite, some thoughtful souls have headed in with a 360-degree camera, meaning you can take a virtual tour on the website link below. The open-air terrace will, without a doubt, be the place to be in Newcastle for summer 2021! The menu is yet to be unveiled, but the team are promising cocktails and more.abovenewcastle.com

The external façade of the Beresford Hotel. Image: Wikimedia Commons.[/caption]Where is it? GlasgowWhat is it? Another bar with an injection of speakeasy glamour. Beresford Lounge is set to occupy Glasgow’s iconic art deco Beresford Hotel building, which first opened in 1938! According to the team, the new space will contain a cocktail bar, as well as a restaurant that will be “showcasing Scottish and British dishes using locally sourced produce”.A chance to eat fine food and sip beautiful drinks in a genuine slice of Glaswegian history? We wouldn’t say no! You can follow the Beresford Lounge on Facebook to keep up with the progress of the refurbishment and be first to know when the venue opens.Follow the Beresford Lounge Facebook page.

The Londoner's Leicester Square home.[/caption]Where is it? London.What is it? Set to become one of London’s best rooftop bars, in a primo location on Leicester Square. The Londoner is the capital’s first “super-boutique” hotel, and the jewel in its crown is its eight-floor rooftop bar. An opulent fire pit sits beneath the open sky, and guests can relax and enjoy the pitch-perfect views.A premium drinks list is accompanied by a contemporary Japanese dining menu. You couldn’t ask for better in the heart of the West End. We suspect The Londoner will find itself heavily subscribed when the capital is ready to open its doors again!thelondoner.com

A glimpse at the Motel Nights décor. Image: Coal Poet Photography.[/caption]Where is it? Cardiff.What is it? Motel Nights did manage to open its doors briefly in 2020. However, we’re looking forward to seeing it fully up and running in 2021. Established by an events team known for Cardiff club nights, Motel Nights is pitching to be one of the capital’s finest venues for music and food.Having completely refurbished the space on Paper Mill Road, the team behind Motel Nights have given the venue a real sense of its own identity. While they can’t open fully right now, they are currently offering takeaway pints at the weekends, so do stop by if you’re in Canton and get a taste of what’s in store later this year.Follow Motel Nights on Facebook.

The team are documenting the refurbishment process on Instagram.[/caption]Where is it? ManchesterWhat is it? A new cocktail bar from a renowned pair of bartender brothers. Joe and Daniel Schofield have taken over the Grade-II listed site of The Old Grapes, once a boozer frequented by celebrities. It’s going to launch initially with a menu of 24 cocktails, with all the classics you’d expect. And, as Joe was named Bartender of The Year in the illustrious Tales of The Cocktail Spirited Awards, you know they’re going to be absolutely out of this world.There’s currently a shop, takeaway and delivery service. So head on down to Quay Street to check out what’s on offer!Follow Schofield’s Bar on Instagram.

A glimpse of the outdoor seating that'll be opening soon![/caption]Where is it? Leeds.What is it? The new home of North Brewing Co and North Bar Ltd. Springwell is set to become a 500-person taproom for Leeds to sample North’s lagers straight from the brewery. Indeed, the company is set to move its entire operation to the spot! Plans for the location also include hosting the Eat North street food festivals, so there should always be different and exciting food to pair with your beer.Beer festivals are also planned for 2021 as soon as the situation allows. There’s going to be loads of outdoor seating ready just in time for this summer. As far as we’re concerned, there’s only one thing we can say to that – bring on the beer!northbrewing.com

Birmingham gets a taste of some of London's best cocktails![/caption]Where is it? Birmingham.What is it? An alliterative delight – bottomless burlesque brunch in Birmingham, one of the best bar openings in 2021! All right, Tonight Josephine is a lot more than that. It’s a glamorous cocktail bar that already has two successful London venues and now is expanding to a site opposite Birmingham’s Grand Central metro station.It’s famous for its events, and that tradition is set to continue. Patrons can look forward to bottomless Pornstar Martini Afternoon Tea, and of course, Josephine's Showgirl Brunch. This involves not only bottomless prosecco, but also bingo and a sexy burlesque show! And after the year you’ve had, isn’t that what you deserve? We think so.Follow Tonight Josephine on Instagram.Missing the buzz of your favourite restaurants? 24social is the best and easiest way to find you the perfect place to have a great day or night out! We are constantly looking out for the best bars, pubs, restaurants and clubs near you whether you're looking for a rooftop hotspot, a cosy jazz bar or the world’s best cocktails.Subscribe to our monthly twilight newsletter to be the first to hear about offers and exciting places around the biggest cities in the UK.