Exploring Food and Drink in London With @mikeeatslondon, September Roundup 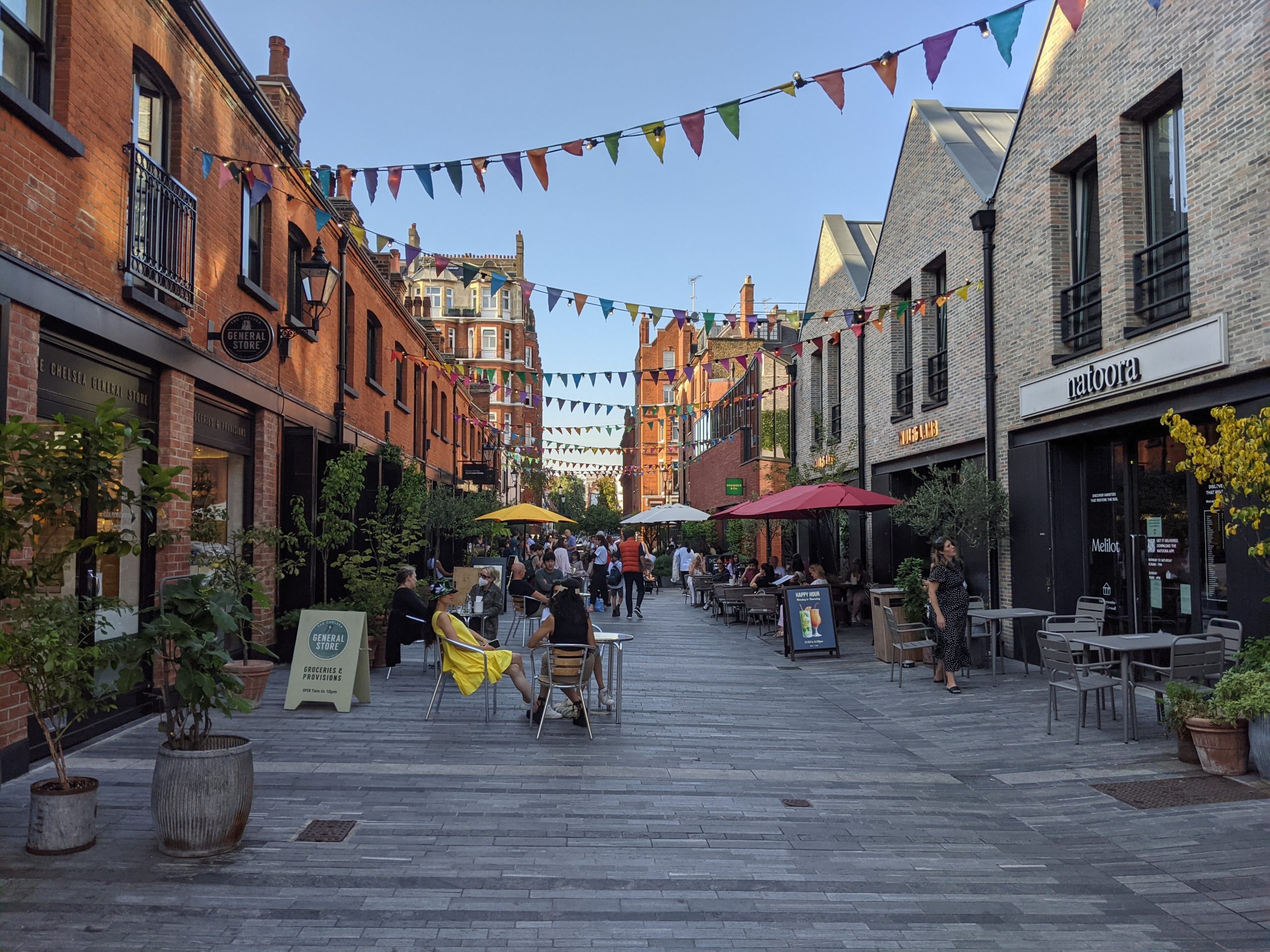 September got off to a cracking start with a new branch of Eggslut opening in Shoreditch! They landed over here from the US and have been taking London by storm. The menu is pretty long these days but it’s hard to go wrong - if you’re a fan of eggs![caption id="attachment_519" align="alignnone" width="1920"]

The fantastic Eggslut Shoreditch[/caption]The new special for the Shoreditch site has won my heart though. The Portobello Truffle Sandwich features their signature DELICIOUS scrambled eggs along with truffle & portobello mushroom pate and chipotle hollandaise. Killer stuff. And if you’ve not tried their hash browns yet you need to fix that! Unless you have an addictive personality like me...[caption id="attachment_520" align="alignnone" width="1920"]

The delicious food at Eggslut[/caption]Buns, buns and more buns! Let’s talk slightly more traditional burgers, over at Slow Richie’s in Peckham. They were popping up in Peckham Rye a few years back but now have their own restaurant spot and the grub is better than ever! Some of the best burgers around for my money.Whether opting for one of their several regular options, or one of the innovative monthly specials, there’s no bad choice here. The Haggis burger is an all-time favourite of mine and features their very own BBQ sauce from their award-winning range of bottled products! They’ve got a great selection of locally made drinks to go with your burger too - well worth a visit.[caption id="attachment_521" align="alignnone" width="1920"]

Monster burger at Slow Richies[/caption]From East to South to West! Heading over to lovely Pavilion Road in the heart of Chelsea we find Hans’ Bar & Grill for some wonderful al fresco dining (goodbye summer!).We had a really wonderful time here. The setting is idyllic, the cocktails were great and servers were friendly. I definitely recommend grabbing a few sharing plates and whiling away some time here to make the most of it! Go for the cauliflower wings or you’ll regret it.[caption id="attachment_528" align="alignnone" width="1920"]

Delicious! Go for the cauliflower wings or you’ll regret it![/caption]Let’s complete our round tour of London with Cricklewood in the North-West! The recently launched Cluck Town has taken over a pub just up from Kilburn and they’re dishing out fried chicken burgers and wings with a great range of flavours.[caption id="attachment_523" align="alignnone" width="1920"]

Cluck Town, pub takeover in Kilburn[/caption]Have to say The Seoul Mate is one of the best chicken burgers I’ve had in a while! Absolutely loaded with everything good in the world, and the chicken is spot on juicy and crispy. The hard part is choosing from a menu where everything sounds delicious...[caption id="attachment_524" align="alignnone" width="2560"]

Known for their stunning fried chicken burger[/caption]You can always count on Honest Burgers to keep churning out specials that pull me back in! This month’s limited edition was the Buffalo Blue - a collaboration with top wing joint Wingman’s. A great combo of buffalo sauce, blue cheese and shoestring fries.The highlight of the meal for me though might have been their large Aperol spritzs, they were absolutely HUGE and super strong! One of those jars plus a great value plate of their tasty buffalo wings and I’m sorted for the night.[caption id="attachment_529" align="alignnone" width="1920"]

The generous Aperol spritz at Honest Burgers[/caption]I’m so happy I finally get to talk about this next place. Ramoramen in Kentish Town has long been my favourite ramen joint in London, run by some of my favourite people, and now they’ve opened up a new branch in the heart of Soho - now there’s no excuse for you not to try it!All of their classics make a return to the menu, including my all-time favourite Oxtail Kare Kare ramen and their epic Miso Maple Wings, but some of the new Soho dishes are absolutely killer. It might not sound like much, but their pandesal garlic bread is mind-blowingly good, and they’ve added a couple of premium items to really blow you away. These include the Wagyu Bistek Donburi (incredible) and Lobster & Crab Ginataan Ramen.[caption id="attachment_534" align="alignnone" width="1920"]

Ramoramen has long been my favourite ramen joint in London[/caption]And as if it couldn’t get any better, they’re doing cocktails now too, including one of my new favourites: a mango margarita.[caption id="attachment_533" align="alignnone" width="2560"]

Ramoramen in Kentish Town[/caption]I’d been recommended Artusi, an unassuming Italian spot in Peckham, so we went to check it out for a weekend lunch date and I absolutely adored it - phenomenal food, on a menu that changes with every service!To start we had a dish of crispy aubergine with basil and cucumber, and hispi cabbage and mussels in cider with salmon caviar. But the stand out for me was the burrata with hazelnut pesto and heirloom tomatoes - possibly the best burrata dish I’ve ever had! The rich hazelnut flavour worked so well with the light, creamy cheese.[caption id="attachment_522" align="alignnone" width="1920"]

Artusi, unassuming Italian spot in Peckham[/caption]For mains we had two brilliant bowls of pasta. Namely spaghetti with gorgonzola and brie fonduta, and casarecce with fig and guanciale. Both dishes were beautifully constructed with a great balance of flavours, and pasta cooked to perfection. Definitely recommend checking this spot out, as well as the nice little neighbourhood it’s situated in!One spot that had been on my hitlist for years but I’d somehow never managed to visit is Turo Turo, a modern Filipino food concept. Thankfully they kind of came to me this month with a pop-up at the John the Unicorn pub in Peckham! And boy did I enjoy my visit.We really struggled to narrow things down as the whole menu sounded amazing, so we ended up ordering most things, and we weren’t disappointed! I honestly couldn’t pick one thing over another - you should get as much as you can - but the charred aubergine was particularly fantastic, and I couldn’t stop myself eating the ginger & bagoong wings.[caption id="attachment_535" align="alignnone" width="2560"]

Turo Turo, a modern Filipino food concept[/caption]The pop-up is on until mid-October so get down while you can and stuff yourself!You may well be familiar with Eataly, the gigantic Italian food emporium that recently landed in Liverpool Street. As well as stocking some absolutely stunning fresh produce of all kinds, there are also a number of restaurants and hot food spots within its walls, including the aptly named ‘Pasta e Pizza’.

To begin with it’s worth praising their drinks menu for a fantastic array of wines and cocktails, including a whole section devoted to variations on the Aperol spritz! I was very happy with the ‘Spritzaronno’ which you may be able to figure out for yourself...[caption id="attachment_531" align="alignnone" width="1920"]

The tajarin al tartufo truffle pasta[/caption]Starters included some sensational fresh bread from their in-house bakery, burrata from their mozzarella bar and a very tasty octopus & potato salad. For the main course we thought it would probably be rude not to get pasta e pizza, so that we did.[caption id="attachment_532" align="alignnone" width="2560"]

Pasta e Pizza, at Eataly in Liverpool Street[/caption]I can strongly recommend both the tajarin al tartufo truffle pasta and the mortadella, burrata e pistacchio pizza. The former is very rich, silky and decadent, and the latter is just some of the greatest things all put together on one pizza - the mortadella ham was particularly delightful!Last but not least, this month saw the long anticipated opening of the Design District Canteen in North Greenwich. The Canteen is a brand new food hall set in a very chique new building, with a bunch of great traders.[caption id="attachment_525" align="alignnone" width="2560"]

The Design District Canteen in North Greenwich[/caption]You can get food from a whole range of global cuisines, but my top two picks from my visit were Eat Lah for Malaysian food and Toasted for hearty sandwiches and raclette bowls - the wagyu pastrami had me reeling![caption id="attachment_526" align="alignnone" width="2560"]

A whole range of global cuisines[/caption]And they have a great bar to keep you happy with wine, negronis and so much more.Next month I am looking forward to returning to a couple of great spots for the first time in a while, such as Pastaio in Carnaby and Rudy’s in Soho. It should also see the opening of the new La Nonna restaurant in Brixton, as well as two new bakery style concepts I’m very excited about: Kasa and Kin, a Filipino spot from the Romulo Cafe team, and Rise Japanese Bakery & Bar, spinning off from the popular Happy Sky Bakery. Should be a great month!